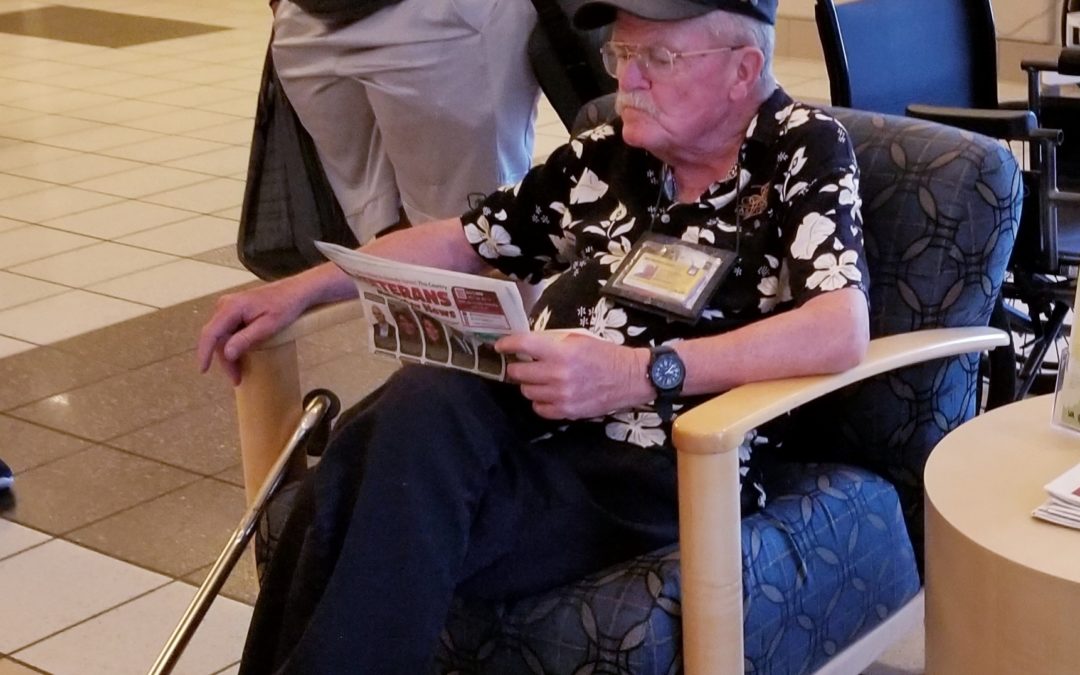 A set of bills that would alter the federal policy regarding the usage of medicinal cannabis by military veterans were approved by the House Veterans Affairs Committee in March, just prior to the COVID-19 crisis. The action paved the way for a future vote by the full House of Representatives, although the timing is in question at the moment.

Erik Altieri, the executive director of the National Organization for the Reform of Marijuana Laws, entreated the House of Representatives to pass the two bills approved by the committee.

“Our veterans put their lives on the line to defend our country, the absolute least we owe them is to ensure they are taken care of when they return to civilian life,” Altieri said. “It is imperative that we approve legislation such as the Veterans Equal Access Act so that the countless vets suffering from post-traumatic stress and other debilitating disorders have access to the safe and effective option of medical marijuana treatment.” (source 420 Intel)

Currently, veterans are prohibited from using medical cannabis as it is a Schedule 1 drug. Even if cannabis has been made legal at the state level, some of the veteran’s federal benefits are at risk if he or she obtains medical cannabis care.

The Veterans Equal Access Act of 2019 (HR 1647), would allow physicians at VA health care facilities to provide recommendations for medical cannabis, provided the state of residence has made it legal. Under current rules, Veteran’s Administration doctors are not permitted to assist military veterans to gain their medical marijuana card in states that have legalized the medicinal use of cannabis. The bill was brought to the floor by Rep. Earl Blumenauer of Oregon (D). Blumenauer stated “Today was a monumental day for our veterans. We have been working for years to reform this counterproductive policy that forces veterans outside of the VA to receive legal medical cannabis treatment for chronic pain and PTSD. This is the culmination of the tremendous work of our movement, but we will not be finished until this becomes the law of the land. We must reform our federal cannabis policy.”

In 2019, the Veterans Equal Access Act was presented as an amendment to the annual House defense appropriations bill. But when the VA abruptly decided their doctors may be at risk if the act passed, Blumenauer reluctantly withdrew the measure, sharing that he hoped that the VA doctor’s would soon be free to recommend the best treatment for their patients. Many doctors feel that medical cannabis is an effective treatment for the PTSD and anxiety which veterans often experience.

The VA Medicinal Cannabis Research Act of 2019 (HR 712) was introduced by Rep. Lou Correa of California (D). If passed, the act would instruct the VA  to research marijuana as a treatment for a spectrum of medical conditions associated with military service, including chronic pain and PTSD. Although over the years similar legislation has been passed by the House Veterans Affairs Committee, it has never been brought to vote in the full House.

A House vote has not yet been scheduled, and given the situation with the shutdowns, it is likely the votes on many proposed legislation may be delayed. If the bills are passed in the House, they need to pass the Senate and be approved by President Trump  before they become law.

For those suffering from stress, anxiety and pain due to their military service, the passage of these bills would provide an easier path toward needed relief and hope in their treatment. It is important to remember that veteran’s may still qualify for cannabis therapy without loss of the most essential VA benefits https://www.publichealth.va.gov/marijuana.asp

If you are interested in further information regarding medical marijuana cards or cannabis treatment options for your illness, call Dr. Daniel P. Stein at Neurology of Cannabis in Sarasota.