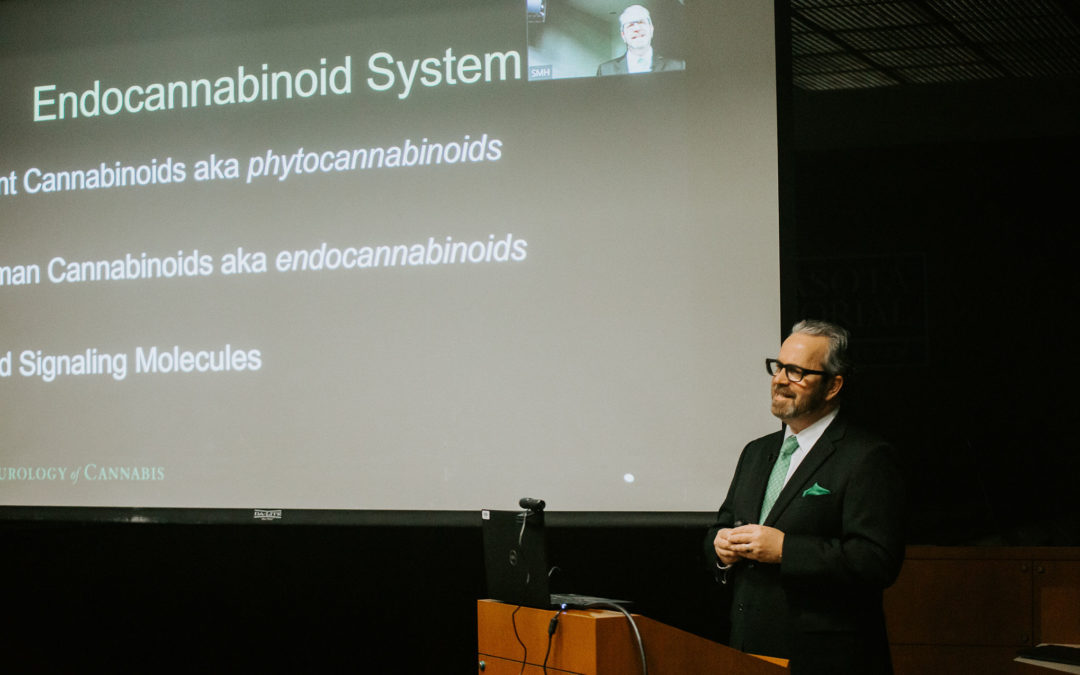 Alcohol is one of the most popular recreational substances in the country. Cannabis use is rising, with recreational and medical marijuana being legalized around the United States.

In Florida, medical marijuana has been legalized since 2017, meaning that an increasing number of people legitimately have both alcohol and cannabis within reach. Many people wonder, what are the risks if both substances are consumed at the same time?

Marijuana offers many proven medicinal benefits. THC and CBD, two cannabinoids found in the cannabis plant, interact with receptors in the endocannabinoid system, affecting mood, memory, sleep patterns, appetite, and pain. Research has shown that medical cannabis can effectively treat anxiety, PTSD, depression, stress, Alzheimer’s disease, and ADHD, among other conditions. Cannabis can be administered in a variety of ways, including smoking, vaping, and ingestion of edibles or tinctures.

While cannabis is delivered throughout the body via the endocannabinoid system, alcohol makes its way into the bloodstream through first the stomach and then the liver. Alcohol’s receptors include NMDA and GABA, both in the brain. Alcohol will continue to circulate through the body until wholly broken down in the liver. Long-term effects of alcohol abuse include liver disease, erectile dysfunction, heart damage, infertility, and central nervous system damage.

When you combine alcohol and cannabis, you may experience enhanced effects of both receptor systems.

If you drink alcohol before using cannabis, the alcohol typically increases the effects of THC in the blood, resulting in more powerful “high” effects. . There is a risk of cannabis “green out”, which could manifest as dizziness, vomiting, and nausea. Consuming too much marijuana will not cause a fatal reaction.

In 1992, a study followed 15 participants to assess the effects of smoking various THC levels. (placebo, low, and high dose)

The study found that marijuana slowed the increase of blood alcohol levels after drinking a large amount of alcohol. Although cannabis minimizes the alcohol effects, don’t feel that you can drink more than usual. It will be challenging to gauge exactly how intoxicated you are, and cannabis use while drinking may cause excessive intoxication.

Impairment is the Major Risk

There is very little official information regarding this topic, but based on what we know, the main risk of combining cannabis with alcohol is cognitive impairment. Both alcohol and THC consumption have psychoactive effects, which can result in cognitive impairment. The CDC reports that using the two substances together will cause more impairment than using either of the drugs independently.

It should go without saying that no one should ever get behind the wheel of a vehicle (or any large machinery) after consuming alcohol, medical cannabis, or both.

Experts strongly recommend not mixing cannabis with alcohol. In fact, patients should approach mixing these two substances very carefully, as the effects will vary significantly from person to person. If you do take them together, you need to factor in your personal tolerance for each substance.

Further, the method of marijuana administration makes a difference. When a patient smokes or vapes medical cannabis, the THC is immediately absorbed into the system. On the other hand, edibles take effect slowly and can take up to two hours to begin working.

Dr. Daniel P. Stein is a board-certified neurologist and medical cannabis physician based in Sarasota.