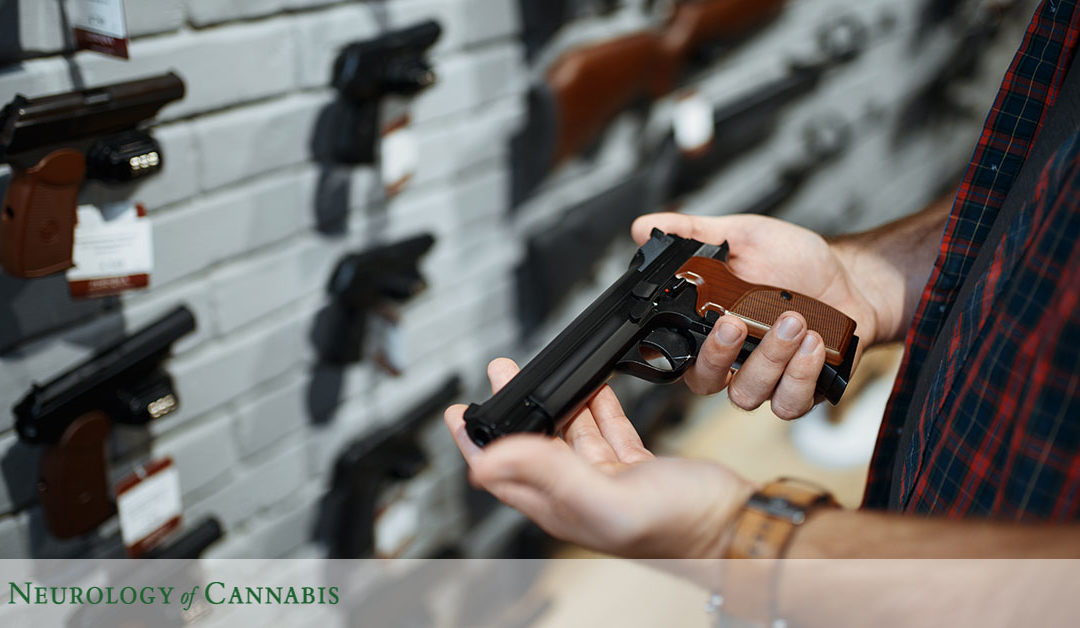 When Floridians voted for the legalization of medical cannabis in 2016, they may not have been aware that the new right had a stark requirement tied to it. The law is clear, with no room for interpretation or grace – you can have a concealed carry license, or you can apply for a medical marijuana card. You cannot have both.

That’s right. In no case can you legally own or purchase a firearm (or ammunition) and apply for a medical marijuana card, or vice versa. Many individuals thought the prohibition applied only to recreational marijuana, but medical marijuana is covered under the statute as well.

The reason is that medical marijuana, even if voted legal in the state of Florida, is still considered a Schedule 1 drug by the Federal government. Federal laws override state laws in this regard, and the law is clear. Users of Schedule 1 drugs may not purchase or own firearms legally.

In 2011, long before Florida voted to legalize medical cannabis, the ATF sent a letter to all federally licensed firearms dealers. This correspondence reiterated that even in a state where marijuana is legal, that anyone using marijuana in any form is legally banned from “shipping, transporting, receiving, or possessing firearms or ammunition.

Did You Know? The same concept applies to doctors, who would lose their DEA licenses if they prescribed medical marijuana, even though it is considered legal. This is why practitioners only “recommend” medical marijuana use, and the patient chooses the appropriate cannabis product at the dispensary. Officially, Florida MMJ cardholders are still considered “illegal marijuana users” by the federal government.

Federal Laws and Punishments May Apply

Floridians in need of medical cannabis have been shocked to learn that they must give up their firearms. After all, what are the chances, really, of getting caught?

There are currently no gun registration or MMJ card lists in Florida that can be cross-referenced. There is no concrete way to check on your status in this matter. However, the laws may change at any time. The practical process of demanding observance of the law does not exist today.

Still, illegal is illegal. While you may choose on occasion to break traffic laws or to skirt around other smaller laws, federal laws are nothing to fool around with. If you get caught, you aren’t just facing a citation and a manageable fine. This particular transgression can result in massive penalties, felonies, and even federal prison time.

Getting an MMJ Card if you Own Guns

If you are a gun owner or hold a concealed carry license looking to obtain a medical marijuana card, you must get rid of your guns. You can sell them or give them away to someone legally viable for ownership, such as friends or family members. Private gifts and transfers of firearms are legal in the state of Florida, but you should have something in print that proves that you no longer own the gun.

Applying for a Concealed Carry License

Many astute Floridians have pointed out that there is no mention of marijuana as a disqualifier on the application to own a firearm.

However, disclaimers on the application indicate that you are personally responsible for understanding and complying with Fla. Stat. 790.06. , which states that in addition to all listed disqualifications, you cannot own a firearm if it breaks any federal law. Applying for a firearms license when holding an MMJ card violates federal law.

To someday change the situation, marijuana will have to be declassified as a Schedule 1 drug. The other option would be for federal gun laws to provide an exemption for marijuana use, which seems highly unlikely in our politically charged climate.

Until it is worked through, if you require an MMJ card to utilize medical cannabis for treatment, you will need to surrender your guns under the law. For many suffering with chronic pain, serious illness, or a debilitating condition, the sacrifice is worth it for the relief that medical cannabis can bring.

If you are wondering if medical cannabis can be beneficial to your care, call a medical professional. Dr. Daniel P. Stein of Sarasota is well-qualified to help you to work through all of your questions, as well as to help you to obtain your MMJ card if you qualify.