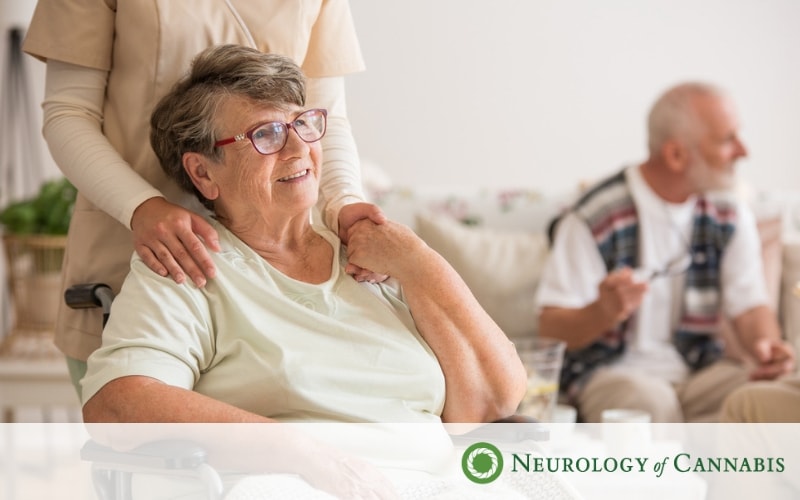 Nearly one million adults will be living with Parkinson’s disease in the U.S. by 2020. Parkinson’s disease causes a wide array of symptoms, many of which can be distressing for patients and make movement, communication, and cognition challenging. Although research into marijuana and brain disorders is just beginning, there are promising indications that marijuana could help control symptoms and improve quality of life.

Parkinson’s disease is a progressive brain disorder, which means that it develops slowly over years. Early detection is often hindered, as initial symptoms may go unnoticed or be attributed to other issues.

Symptoms vary and progress differently patient to patient; however, common symptoms typically include:

Parkinson’s Disease and the Brain

Parkinson’s disease affects the brain’s nerve cells, particularly those in the basal ganglia and substantia nigra structures. Typically, substantia nigra cells produce dopamine; however, they can die or become impaired in patients with Parkinson’s, leading to a loss of dopamine and subsequent movement problems.

Patients with Parkinson’s disease also lose the nerve endings that produce norepinephrine, which impacts the sympathetic nervous system and may be why patients also experience non-motor symptoms. Parkinson’s disease patients may also have Lewy bodies in their brains, which are unusual clumps of the protein alpha-synuclein. Lewy bodies are a common cause of dementia.

How Medical Marijuana Can Help

Interest in using medical marijuana to treat Parkinson’s disease symptoms was sparked by anecdotal reports from Parkinson’s disease patients, who reported that marijuana reduced their tremors. However, research into medical cannabis for Parkinson’s disease, as well as other health conditions, has been hampered in the U.S. by its classification as a Schedule I drug, making it illegal at the federal level.

One of the biggest challenges when it comes to medical marijuana and brain disorders is finding expert advice. There is a lot of information out there, and it can be difficult to sort fact from fiction.

The YouTube channel The Sacred Plant does an excellent job of explaining how marijuana improves quality of life for those with Parkinson’s and other medical conditions, as well as how to treat health conditions safely and naturally with marijuana.

Another resource for Sarasota-area residents is Dr. Daniel P. Stein at Neurology of Cannabis. Dr. Stein holds more than 25 years of practice experience, and his background in neurology makes him uniquely qualified to work with patients with Parkinson’s disease.

Dr. Stein works closely with patients to learn about their unique symptoms, needs, and current prescription regimen. His friendly staff will empower patients with all the information they need to join the medical marijuana registry, and his simple pricing model makes visits affordable.

You deserve the highest quality of life possible. Contact Neurology of Cannabis today to schedule your appointment with Dr. Daniel P. Stein.