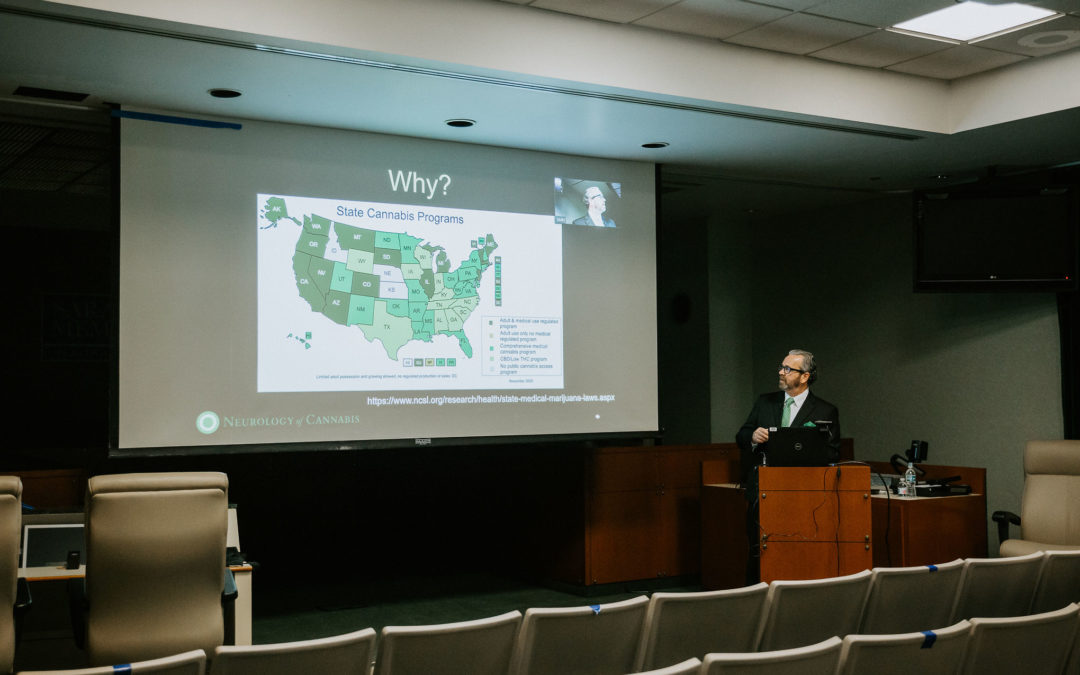 Although cannabis has been an accepted medical treatment in countries worldwide for centuries, its acceptance in the United States is relatively recent. In fact, it was not until the 90’s that doctors discovered the endocannabinoid system (ECS) while researching the effect of cannabis on the brain. Ongoing research has shown that one of the primary functions of the ECS is to maintain homeostasis in the body. The endocannabinoid system helps to maintain balance in the immune system, digestive system, and cardiovascular system. It also supports mental health and eyesight, skin health, and memory.

We are learning that various factors can knock the endocannabinoid system off-balance, including food, medications, and illness.

When the ECS is out of balance, it can negatively impact homeostasis, which can adversely affect physical and mental health. Genetics seem to play a role, but external factors such as prescription drugs, stress, poor diet, and chronic disease can play a role in causing endocannabinoid system imbalance.

The good news is, there are proactive steps we can take to bring our body back into equilibrium.

Exercise: Any sustained level of physical exertion over a period of time raises the level of anandamide and 2-AG (endocannabinoid molecules) in the blood. This process assists in relieving stress and improving mood while balancing the ECS.


Meditation: Practitioners of meditation report an effect on the body similar to that which cannabis provides. Although there are no scientific studies to back up the idea that meditation balances the ECS, it does seem to mimic cannabis in improving mood and overall mental health.


Fish Oil: Individuals with an overactive endocannabinoid system often have sensitive CB1 and CB2 receptors, which can be prone to an inflammatory reaction. Fish oil, which is rich in omega-3 fatty acids, can compensate for overactive ECS. Fatty acids often break down to form endocannabinoids that nullify the hypersensitivity of cannabinoid receptors of the immune system.

CBD: CBD is a naturally occurring cannabinoid that interacts with the ECS by soothing modulating the CB1 and CB2 cannabinoid receptors. According to the Strainprint cannabis tracking app, individuals with chronic ailments often report the calming effects of CBD, which restores balance.

Phytocannabinoids: Foods such as chocolate, ginger, nutmeg, and black pepper are rich in phytocannabinoids, which react with the endocannabinoid system to restore the body’s balance.

Reducing Alcohol Use: For those who have consumed alcohol regularly, CB1 receptors often become overactive. When this happens, the body generates fewer receptors over time, throwing your endocannabinoid system out of balance. Detoxing from alcohol (or too much recreational cannabis) may minimize the sensitivity of the CB1 receptors, signaling the brain to resume generating new receptors.

Acupuncture and Massage: Most people understand that massage relaxes the body and relieves stress, and many people have also turned to acupuncture to heal their bodies and ease their minds. Few people, however, realize that these soothing effects are related to the activation of the endocannabinoid system. A massage raises the endocannabinoid level in the ECS, easing sore muscles and promoting pain relief.

Probiotic Diet: Supplementing your diet with probiotics is an alternative way to balance your ECS. Probiotics work to desensitize overactive CB1 and CB2 receptors and encourage the generation of new receptors.

We all want to have a healthy body and a sound mind. If you find yourself sick, anxious, or fatigued more than you should be, it could be related to your endocannabinoid system. While speaking to a certified medical cannabis physician is always recommended, you can also take the above natural steps to feel better overall.

Dr. Daniel P. Stein is a board-certified neurologist and medical cannabis physician practicing in Sarasota. For more information on how the endocannabinoid system affects your health, call for a consultation today. 941-200-3412.